Organic compounds were named after the source from which they were first isolated.

For example : Urea got its name since the compound was first obtained from the urine of mammals.

Methyl alcohol was called wood spirit since it could be obtained by the destructive distillation of wood.

Acetic Acid got its name from the acetum since it is present in vinegar.

Formic acid was derived from formicus since it could be obtained by the destructive distillation of red ants.

Citric acid is named so because it is found in citrus fruits.

Common or Trivial names of some organic compounds:

To systematize the nomenclature of organic compounds, IUPAC system of nomenclature was first introduced in 1947.

The IUPAC name of any organic compound essentially consist of three parts ,i.e.

It denotes the number of carbon atoms present in the parent chain (the longest possible continuous chain of carbon atoms including the functional group and multiple bonds) of the organic molecule.

There are two types of suffix :

A primary suffix is always added to the word root to indicate whether the carbon chain is saturated or unsaturated.

The three basic primary suffixes are :

If the parent chain contains two, three, four or more double or triple bonds ,numerical prefixes such as di, tri, tetra are added to the prefect primary. 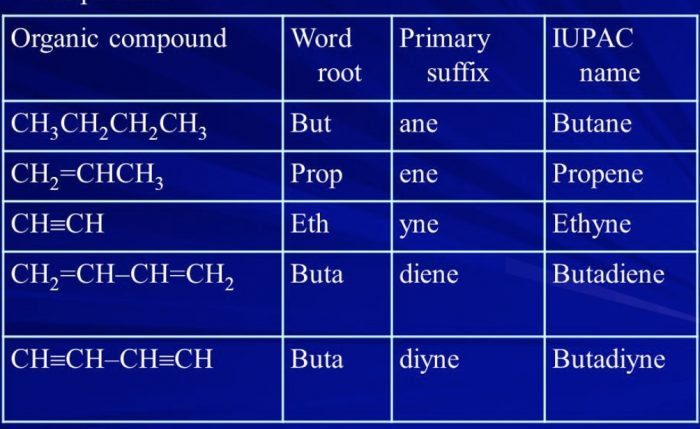 A secondary suffix is then added to the primary suffix to indicate the nature of the functional group present in the organic compound. 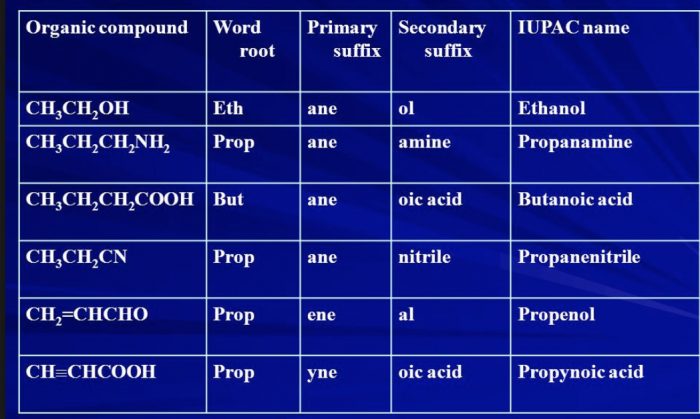 (1) Locants are placed immediately before the part of the name to which they relate.

(2) The locant 1 is often omitted when there is no ambiguity.

There are two types of prefixes:

A primary prefix is used simply to distinguish cyclic from acyclic compounds.

For example : In case of carbocyclic compounds, a primary prefix, cyclo is used immediately before the word root. 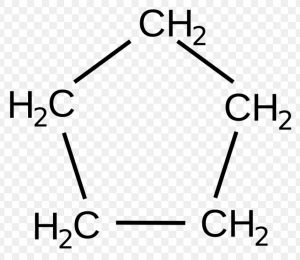 Certain groups are not considered as functional groups but instead are treated as substituents. These are called secondary prefixes and are added immediately before the word roots in alphabetical order to denote the side chain or substituent groups.

The secondary prefixes for some groups which are always treated as substituent group are given below:

IUPAC name of an organic compound consist of: