You are here: Home / Class 11 / Chemistry / Structure of Atom / Dual Nature of Matter and Radiation

​Einstein in 1905 suggested that light has dual nature, i.e. wave nature as well as particle nature.

Louis de Broglie, a French physicist, in 1924, suggested that all microscopic as well as macroscopic objects possesses dual character. The wave associated with the particle is called a matter wave or a de Broglie wave.

The wavelength of the wave associated with any material particle was calculated as:

In case of photon, if it is assumed to have a wave character, its energy is given by

where ν is the frequency of the wave and h is Planck’s Constant.

If the photon is supposed to have particle character, its energy is given by

where  m is the mass of the photon and c is the velocity of light. 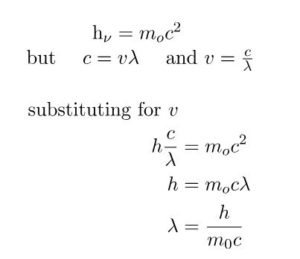 de Broglie wavelength of a particle is inversely proportional to its momentum.

De Broglie equation relate the particle character with the wave character of matter.

Wavelength is too small for ordinary observation.

It has significant only in case of microscopic particles. de Broglie relationship has no significance in everyday life. That is why we do not observe any wave nature associated with the motion of a running car or a cricket ball.

Verification of dual character of electrons

Davisson and Germer in 1927 observed that when a beam of electrons is allowed to fall on the surface of nickel crystal and the scattered or reflected rays are received on a photographic plate, a diffraction pattern (consisting of number of concentric rings) similar to that produced by X-ray, is obtained. Since X-ray are electromagnetic waves i.e. they are confirmed to have wave character, therefore electrons must also have wave character.

He performed experiment with thin foil of gold in place of nickel crystal. He observed that if the beam of electrons after passing through the thin foil of gold is received on the photographic plate placed perpendicular to the direction of the beam, a diffraction pattern is observed.

(3) The phenomenon of black body radiation and Photoelectric effect also Prove the particle nature of radiation. 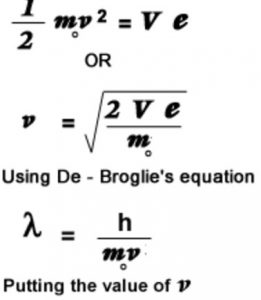 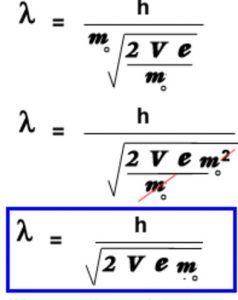 According to Bohr’s model, the electron revolves around the nucleus in circular orbits.

According to de Broglie concept, the electron is not only a particle but has a wave character. 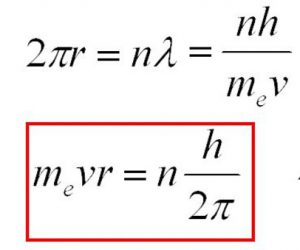