The IUPAC names are obtained as follows: 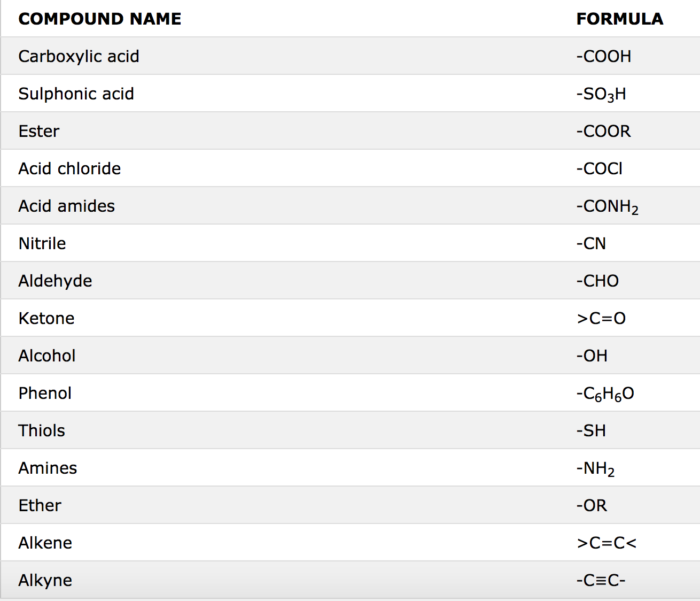 All the remaining functional groups such as halo, nitroso, nitro, alkoxy, C6H5 are always treated as substituent groups. 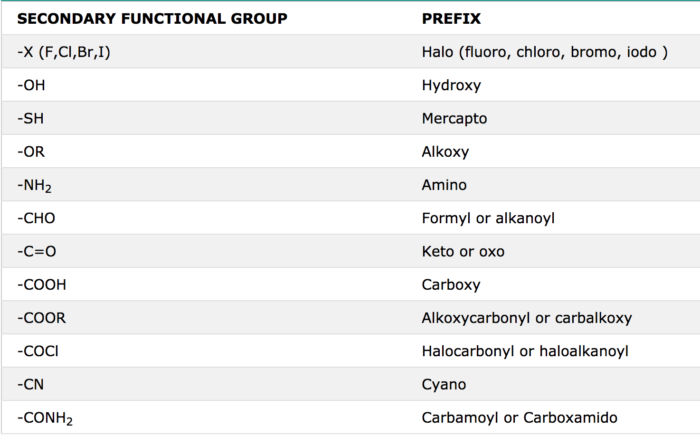 (4) Alphabetical order : The prefixes for the secondary functional group and other substituent should be placed in alphabetical order before the word root as explained earlier. If two groups of the same preference occupy identical positions from either end of the parent chain, the lower number must be given to the group whose prefix comes first in the alphabetical order.

(5) If an unbranched carbon chain is directly linked to more than two like functional groups, the organic compound is named as a derivative of the parent alkane which does not include the carbon atoms of the functional groups.

(6) If all the three like groups are not directly linked to the unbranched carbon chain, the two like groups are included in the parent chain while the third which forms the side chain is considered as a substituent group.