3) Lowest number rule : Number the carbon atoms as the parent chain as 1,2,3,4 …… etc starting from that end which gives the lowest possible number to the carbon atoms carrying the substituent.

The number that indicates the position of the substituent on the parent chain is called the positional number or the locant. 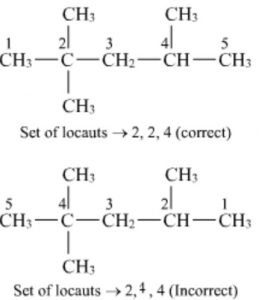 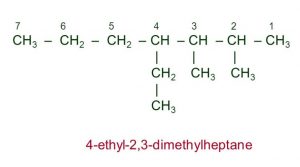 While deciding the alphabetical order of the various alkyl groups, prefixes iso and neo are considered to be part of the fundamental name of the alkyl group while the prefixes sec and tert are not. 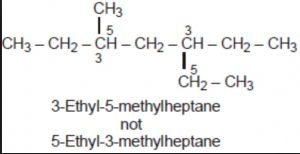 The name of such a substituent is always enclosed in brackets to avoid confusion with the numbers of the parent chain. 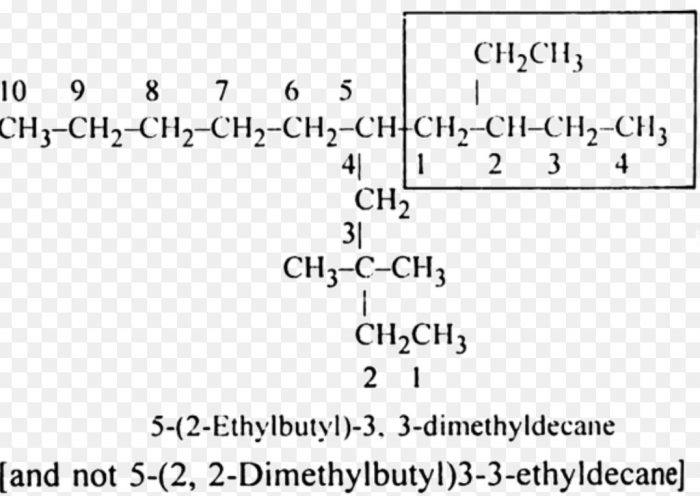