(1) The names of acyclic compounds are obtained by adding the prefix cyclo to the name of the corresponding straight chain hydrocarbons. 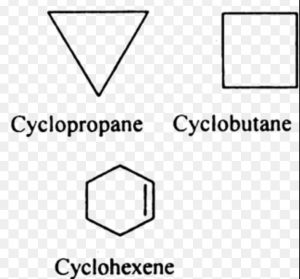 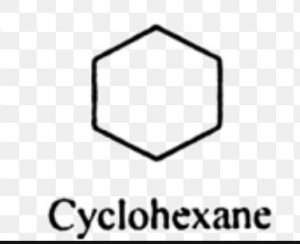 (2) If two or more alkyl group or other substituent groups are present in the ring , their positions are indicated by arabic numerals 1,2,3,4 ….while numbering the carbon atoms of the rings , the substituent which comes first in the alphabetical order is given the lowest locant provided it does not violate the lowest set of locant rule. 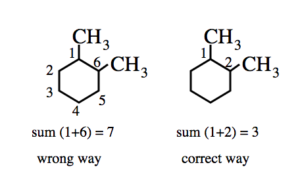 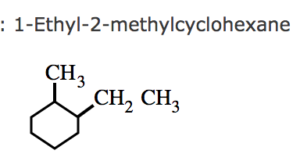 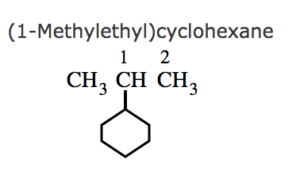 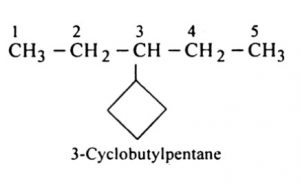 (4) If the side chain contains a multiple bond or a functional group , the alicyclic ring is treated as the substituent irrespective of the size of the ring. 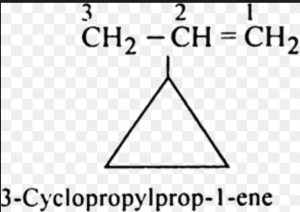 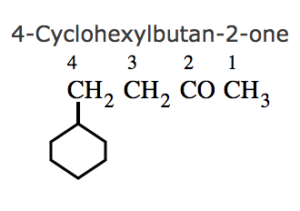 (5) If more than one acyclic ring is attached to a side chain, the compound is named as a derivative of alkane irrespective of the number of carbon atoms in the ring or the chain.

(6) If a multiple bond and some other substituent are present in the ring , the numbering is done in such a way that a carbon atoms of the multiple bond gets lowest locants 1 and 2 and the substituent groups gets lower locants at the first point of difference. 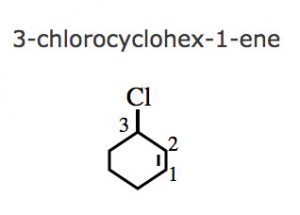 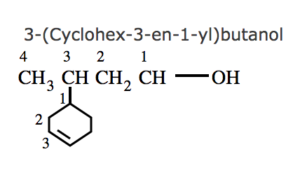 (10) If a compound contains an alicyclic ring directly linked to the benzene ring, it is named as a derivative of benzene. 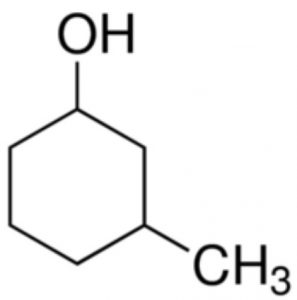 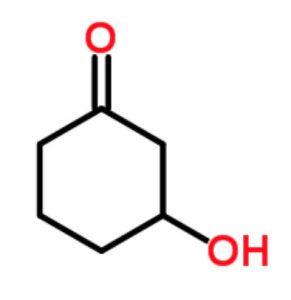 Writing Structural Formula from the IUPAC name of the compound