The inductive effect of the alkyl group on a saturated carbon chain follows the order:

When an alkyl group is attached to an unsaturated system such as double bond or a benzene ring, the order of inductive effect is actually reversed.This effect is called hyperconjugation effect or Baker-Nathan effect.

Although a free proton has been shown in the above structure , it is still bound quite firmly to the π-cloud and hence is not free to move.

Hyperconjugation occurs through H-atoms present on the carbon atom next to the double bond, i.e. α-hydrogen atoms.

The order of hyperconjugation effect decreases in the order:

The number of hydrogen atoms is three with methyl group, two with ethyl group , one with isopropyl group and none with tert-butyl group.

Significance of the Hyperconjugation effect

It is quite useful in explaining some of the physical and chemical properties of organic molecules: 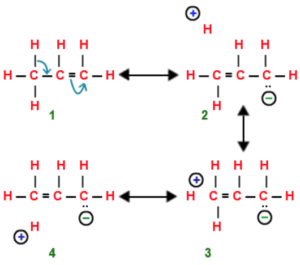 As a result of hyperconjugation, C-C single bond in propene acquires some double bond character and hence is little shorter than the normal carbon-carbon single bond length in propane.

Heats of hydrogenation show that greater the number of alkyl group attached to the doubly bonded carbon atom , greater is the stability of the alkene. 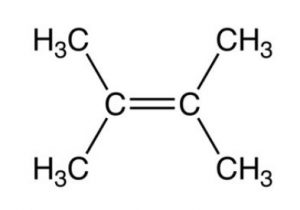 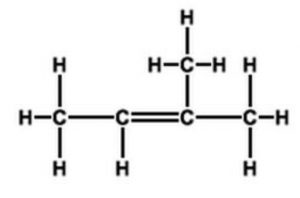 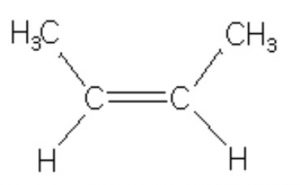 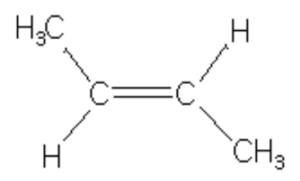 Greater the number of hyperconjugation structures, more stable is the alkene.

trans-but-2-ene is more stable than cis-but-2-ene in which the two methyl group are close together and hence their electronic clouds repel each other.

4 Stability of carbocations and free radicals