The simplest organic compound containing only carbon and hydrogen are called hydrocarbons.

Organic compounds have been divided into two categories depending upon the nature of their carbon skeleton. These are: 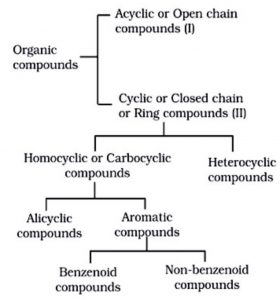 These compounds contain open chains of carbon atoms in their molecules.The carbon chains may be either straight or branched chains. 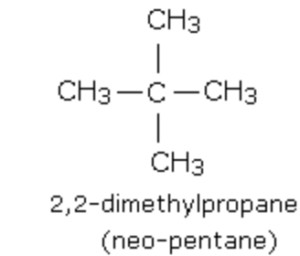 Open chain compounds are also called aliphatic compounds since the earlier compounds of this class were obtained either from animals or vegetable fats.

These compounds contain one or more closed chains or rings of atoms in their molecules.

Depending upon the constitution of the ring, these are further divided into following two categories:

(1) Homocyclic or carbocyclic compounds: These compounds contain rings which are made up of only one kind of atoms i.e. carbon atoms.These are further divided into the following two sub-classes. 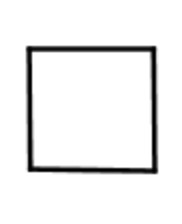 They are of two types:

Depending upon the number of benzene rings fused together, benzenoid compounds may be monocyclic, bicyclic, tricyclic aromatic compounds. 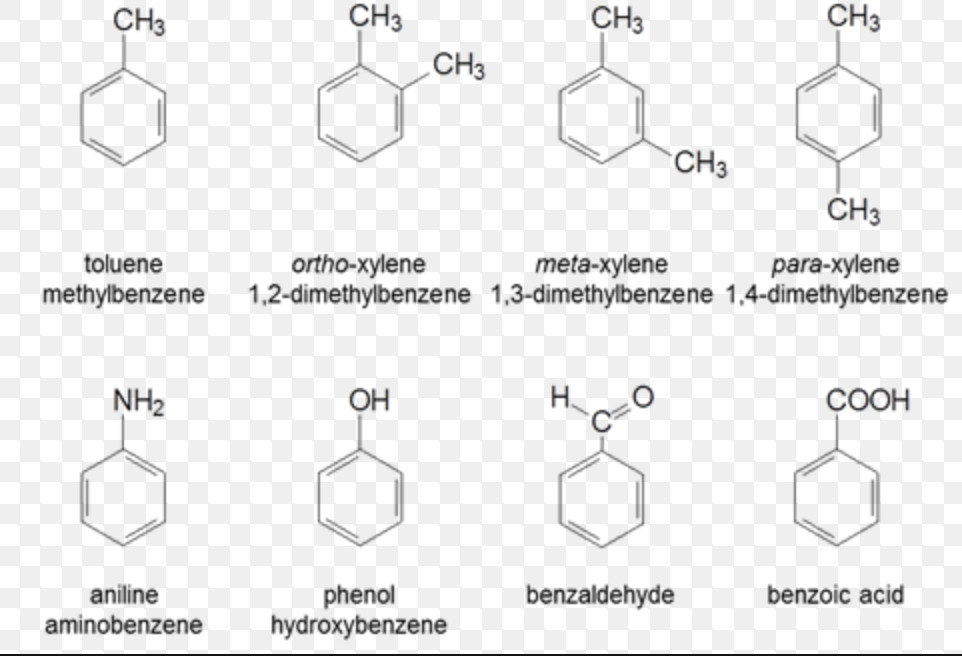 The heteroatoms found in these compounds are oxygen, nitrogen and sulphur, boron, silicon etc.

They are further classified into the following two categories: 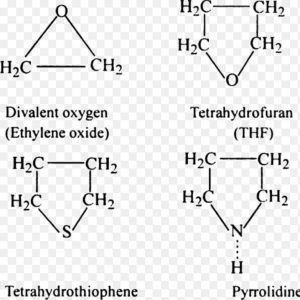