Diagram representing the arrangement of orbitals in order of their increasing energies are called energy level diagrams.

1) The sub shell of a particular shell do not have equal energies. For Ex: 2s and 2p have different energies.

3) For the same value of n, the differences between energies of s and p sub shell is small whereas between p and d sub shell, it is  large and so on.

In hydrogen atom, the only force of interaction is the force of attraction between the negatively charged electron and the positively charged nucleus.

But in a multi electron atom, in addition to the force of attraction between the electrons and the nucleus, there are forces of repulsion among the electrons.

The net positive charge experienced by the electrons is does much less. This is known as effective nuclear charge.

Effective nuclear charge experienced by an electron depends upon the shell and the shape of the orbital in which that electron is present.

The energies of the orbitals depend both on the values of n and l.

Filling of orbitals in atoms

The filling of electrons into the orbitals of different atom take place according to 3 rules:

The principle states that: 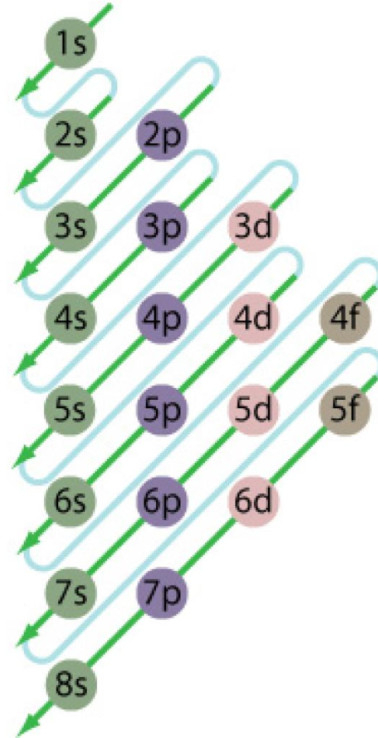 In neutral isolated atom ,the lower the value of ( n + l) for an orbital, lower is its energy. However, if the two different types of orbital have the same value of ( n+ l) ,the orbital with lower value of n has lower energy.

An orbital can have maximum 2 electrons and these must have opposite spins. 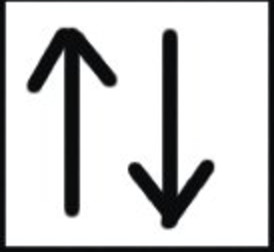 The two electrons have opposite spins i.e. if one is revolving clockwise, the other is revolving anticlockwise.

It deals with the filling of electrons into degenerate orbitals of the same sub shell ( p, d and f)

Electron pairing in p, d and f orbital cannot occur until each orbital of a given sub shell contains one electron or is singly occupied.

Electrons being identical in charge, repel each other when present in the same orbital. This repulsion can be minimised if two electrons move as far apart as possible by occupying different degenerate orbitals.

All the singly occupied orbitals will have parallel spin i.e. in the same direction either clockwise or anticlockwise. This is due to the fact that two electrons with parallel spin will encounter less into electronic repulsion in space than when they have opposite spins.