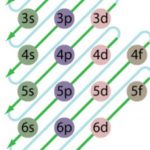 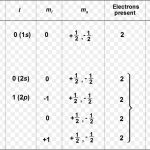 Wolfgang Pauli a German physicist in 1925 put forward a principle known after his name as Pauli exclusion principle. No two electrons in an atom can have the same set of four quantum number. In an atom ,any two electrons may have the same values for any of the three quantum numbers but the 4th must be different. Any particular orbital is described by three quantum … END_OF_DOCUMENT_TOKEN_TO_BE_REPLACED