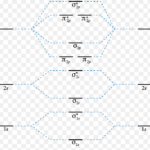 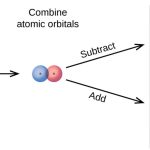 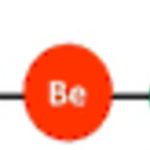 Shape of beryllium fluoride( BeF2) molecule Atomic number of Be = 4 Electronic configuration in ground state is 1s2 2s2 Electronic configuration in excited state is 1s2 2s1 2px1 one 2s orbital and one 2p orbital undergo sp hybridisation to form two half filled sp hybrid orbitals which are oriented at an angle of 180°. They overlap with the half filled orbitals of … END_OF_DOCUMENT_TOKEN_TO_BE_REPLACED 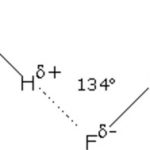 Whenever a molecule contains a hydrogen atom linked to a highly electronegative atom, this atom attracts the shared pair of electrons more and so this end of the molecules becomes slightly negative while the other end become slightly positive. The negative end of one molecule attracts the positive end of the other and as a result, a weak bond is formed between them. This … END_OF_DOCUMENT_TOKEN_TO_BE_REPLACED 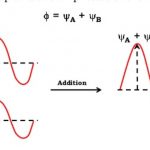