3)s orbitals are spherically symmetrical ,their wave function has the same size in all the directions.

b)When they have different signs.

The bonding and antibonding molecular orbitals formed are designated as σ (2s) and σ∗(2s).

Taking Z-axis as the internuclear axis, the molecular orbitals formed are: 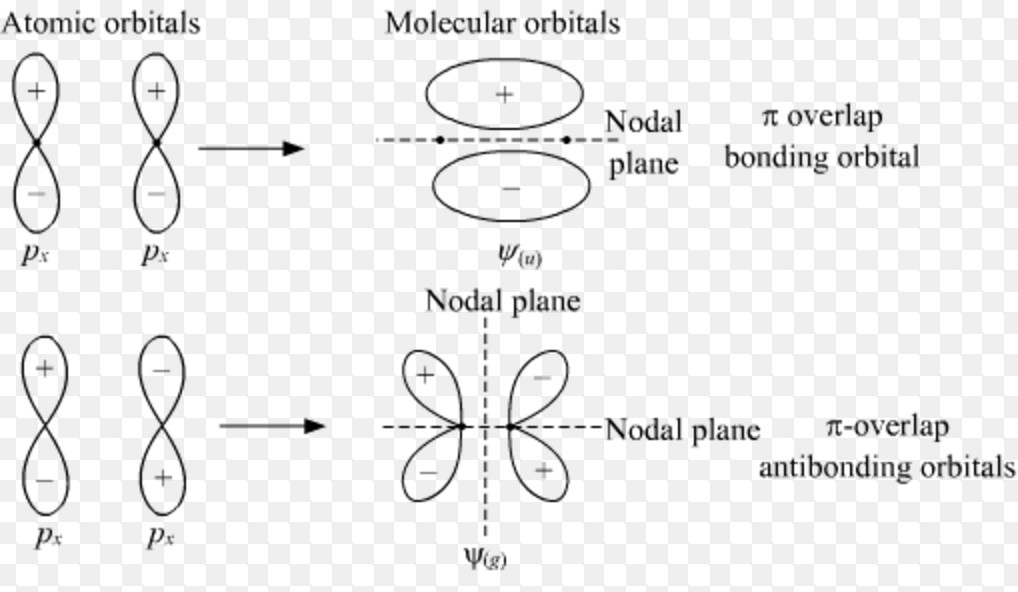