Physical Properties are those which can be measured or observed without changing the identity or composition of the substance.

Chemical properties are those in which a chemical change in the substance occurs.

The measurement of any physical quantity consists of two parts:

For example: If an object weighs 4.5 kg it involves two parts:

A unit is defined as the standard of reference chosen to measure any physical quantity.

French Academy of science in 1791 introduced a new system of measurement called metric system in which the different units of a physical quantity are related to each others as multiples of powers of 10.

For example: The improve System of units has been accepted internationally and is called International

System of units or in short SI units (Systeme Internationale in French).

The seven basic physical quantities on which the international System of units is based, their symbols, the name of their units and the symbols of these units are given as:

There are 3 scales of temperature:

The SI unit of Temperature is Kelvin

The SI unit of volume is m³

Mass is the quantity of matter contained in the sample and for the given sample it is constant and it does not depend upon the place.

weight is the force with with which the body is attracted towards the earth. It depends upon the acceleration due to gravity which varies from place to place. The mass of a substance can be determined very accurately in the laboratory by using analytical balance or electrical balance.

S.I. unit of mass is kilogram

The S. I. unit of length is metre. It is also expressed in angstroms or nanometres or picometres. 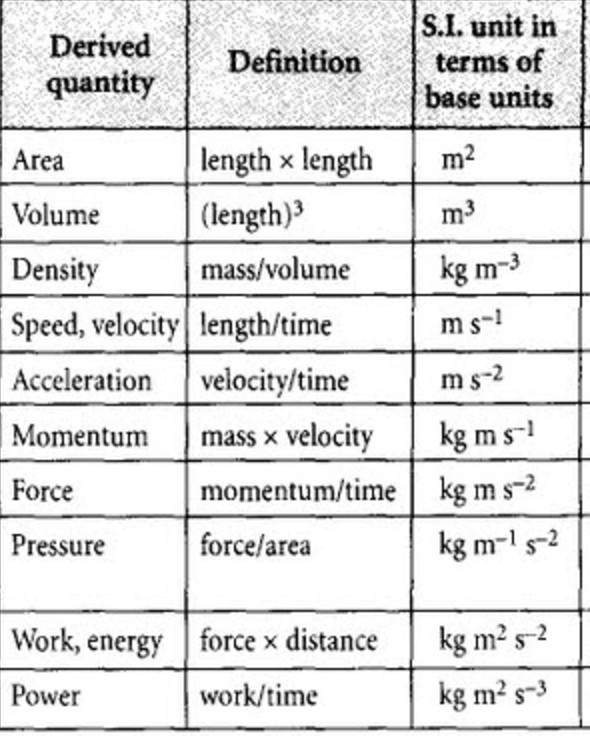 Commonly used prefixes with the base units 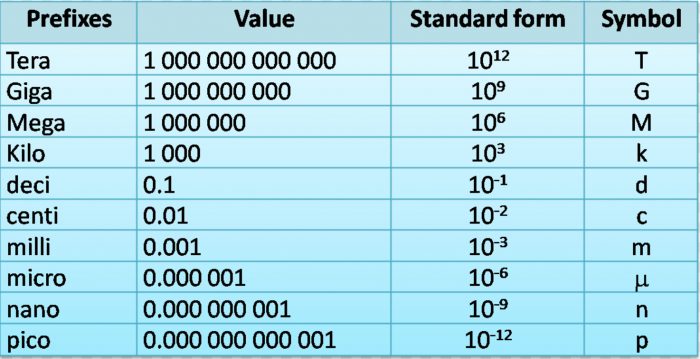