Some Basic Concepts of Chemistry 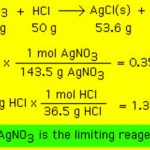 Balancing of a chemical equation means making the number of atoms of each element equal on both sides of the equation. The methods of balancing equation are: 1) Hit and Trial Method: The simplest method to balance a chemical equation is by hit and trial method. Step 1 : Write down the correct formula of the reactants and products with plus sign in between with an … END_OF_DOCUMENT_TOKEN_TO_BE_REPLACED 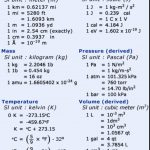 Dimensional Analysis Any calculations involving the use of the dimensions of the different physical quantities involved is called dimensional analysis. It is used for any one of the following purpose: (1) To convert a physical quantity in one type of units into some other units:The method used is called factor label method or unit factor method. (a) First determine … END_OF_DOCUMENT_TOKEN_TO_BE_REPLACED