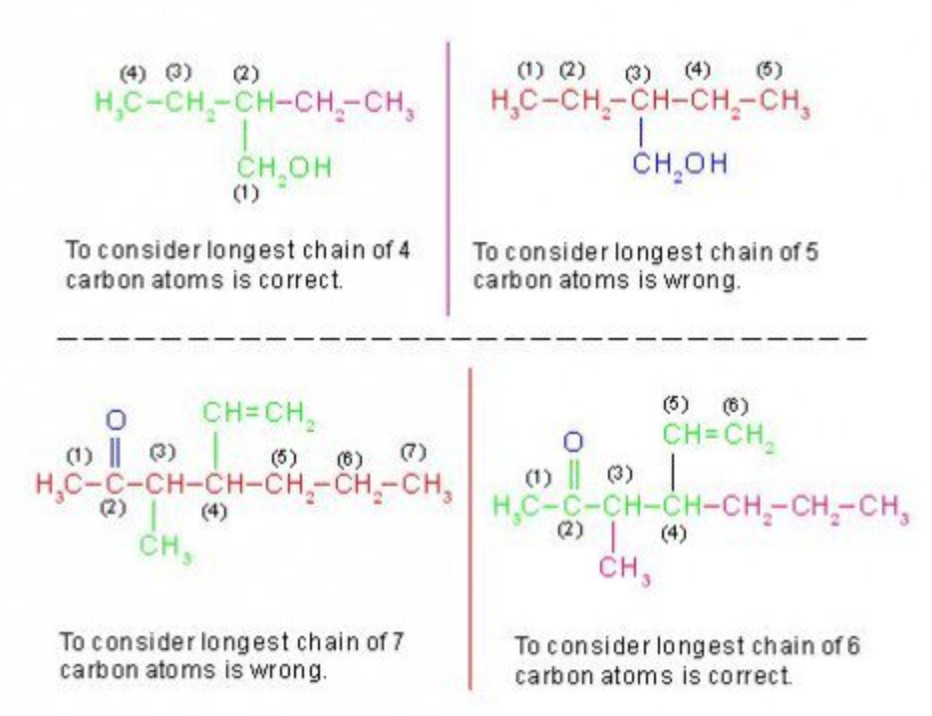 Number the parent chain in such a way that the functional group gets the lowest locant, even if it violates the lowest set of locant rule for substituents. 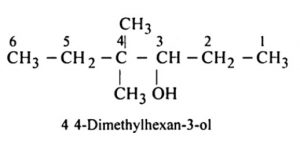 4) If both double and triple bond do not form a part of the parent chain, then the lowest locant is assigned to either the double or the triple bond which ever is nearer to the functional group. 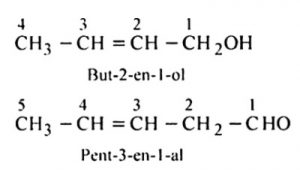 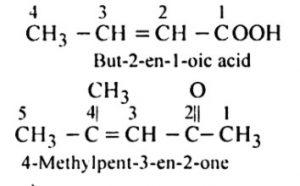 6) If the compound contains two or more like functional groups , the numerical prefixes di, tri , tetra are used and the terminal e from the primary suffix is retained while writing the IUPAC name. 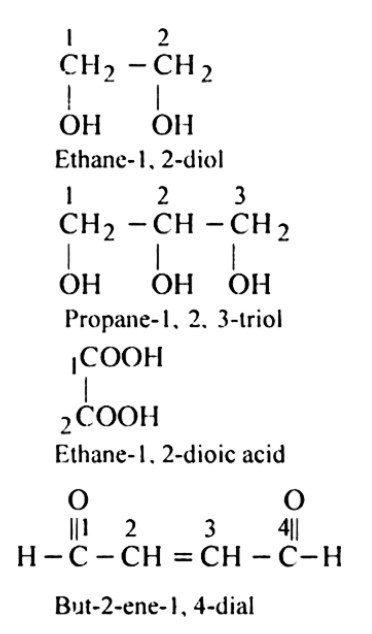