Acyclic unsaturated hydrocarbons containing a carbon-carbon triple bond are called alkynes or acetylenes. Their general formula is CnH2n-2 where n=2,3,4….etc.

Ethyne is the first member of alkynes series.

The second sp-hybridized orbital of each carbon overlaps along the internuclear axis with 1s-orbital of each of the two hydrogen atoms forming two sp-s, C-H, σ-bonds. Each carbon is now left with two unhybridized p-orbitals (2px and 2py) which are perpendicular to each other.

Carbon carbon triple bond consists of one strong σ – bond and two weak π-bonds. Due to smaller size of sp-orbitals and sideways overlap of p-orbitals, the carbon-carbon bond length in ethyne is shorter than those of C = C and C -C .

Alkynes are less reactive than alkenes towards addition reactions. Alkynes unlike alkenes do not exhibit geometrical isomerism due to their linear structure.

The first two members i.e., ethyne and propyne exist in one form only. Butyne and higher alkynes exhibit position isomerism due to different positions of the triple bond on the carbon chain.

Alkynes having or five or more carbon atoms show isomerism due to different structures of the carbon chain. 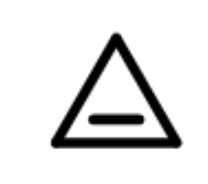 Methods of preparation of Alkynes

1.By the action of water on calcium carbide

Ethyne (acetylene) is prepared in the laboratory as well as on a commercial scale by the action of water on calcium carbide.

Calcium carbide needed for the purpose is manufactured by heating limestone (calcium carbonate) with coke in an electric furnace at 2275 K.

Procedure
Lumps of calcium carbide are placed on a layer of sand in a conical flask fitted with a dropping funnel and a delivery tube. The air present in the flask is replaced by oil gas since acetylene forms an explosive mixture with air. Water is now dropped from dropping funnel and the acetylene gas thus formed is collected over water.

Alkynes are prepared by  dehydrohalogenation of vicinal dihaloalkanes by heating them with an alcoholic solution of potassium hydroxide.

The reaction, occurs in two steps and each step involves the loss of a molecule HBr.

With alcoholic KOH, the yield of acetylene is low. Therefore to obtain acetylene in fairly good yield from vinyl bromide, a much stronger base than alcoholic KOH such as NaNH2 in liquid NH3 is usually used. Dehydrohalogenation of ethylene dibromide to acetylene is preferably carried out in the following two stages.

The reaction is usually carried out in one step using NaNH2 in liquid NH3.

Acetylene can be prepared by electrolysis of a concentrated solution of sodium or potassium salt of maleic or fumaric acid.

6. Synthesis from carbon and hydrogen

Acetylene can be prepared by passing a stream of hydrogen through an electric are struck between carbon electrodes.
2C + H2 → HC≡CH

7. Synthesis of higher alkynes from acetylene

Acetylene is first treated with sodium metal at 475 K or with sodamide in liquid ammonia at 196 K to form sodium acetylide. This upon treatment with alkyl halides gives higher alkynes.
HC≡CH + NaNH2 → HC≡C¯Na+ + NH3

(i) Physical state: The first three members of this family (ethyne, propyne and butyne) are colourless gases, the next eight are liquids while the higher ones are solids.

(ii) Smell: All the Alkynes are odourless. However, acetylene has garlic smell due to the presence of phosphine as impurity.

(iii) Melting and boiling points The melting points and boiling points of alkynes are slightly higher than those of the corresponding alkenes. This is probably due to the reason that because of the presence of a triple bond, alkynes have linear structures and hence their molecules can be more closely packed in the crystal lattice as compared to those of corresponding alkenes and alkanes.

(iv) Solubility Alkynes like alkanes being non – polar are insoluble in water but readily dissolve in organic solvents such as petroleum ether, benzene, carbon, tetrachloride, etc.

(v) Density Densities of alkynes like those of alkenes and alkanes increase as the molecular size increases. However, they are all lighter than water since their densities lie in the range 0.69  – 0.77  g/cm3.

Reactivity of alkynes versus Alkenes

The hydrogen atoms attached to the the triple bond of alkynes are acidic in nature.

(1) Formation of alkali metal acetylides : Ethyne and other terminal alkynes or 1-alkynes react with strong bases such as sodium metal at 475 K or sodamide in liquid ammonia at 196 K to form sodium acetylides with evolution of H2 gas.

During these reactions, the acetylenic hydrogen is removed as a proton to form stable carbanions.

Sodium acetylide is decomposed by water regenerating acetylene. This shows that water is stronger acid than acetylene and thus displaces acetylene from sodium acetylene.

The electrophilic addition reactions of alkynes take place in two steps in two stages as shown below :

CH3-C≡CH + Br2 → BrCH3C=CCH3Br + Br2 → Br2CH3C-CCH3Br2
During this reaction, the reddish brown colour of Br2 is decolourised and hence this reaction is used as a test for unsaturation i.e. for double and triple bonds.
However, if the reaction is carried out in ethanolic solution, the reaction stops after addition of one molecule of iodone.
HC≡CH + I2 → IHC=CHI in presence of C2H5OH

2. Addition of halogen halides or halogen acids : Halogen halides add to alkynes, their order of reactivity being HI > HBr  > HCI > HF . These additions occur in accordance with Markovnikov’s rule from first vinyl halides and then alkyliedene halides.

When acetylene is passed through dil. HCl at 338  K in presence of Hg2+ ions as catalyst, only vinyl chloride is formed.

With  hydrogen bromide, first a vinyl bromide and then an alkylidene dibromide is formed.

In presence of peroxides, anti- Markovnikov’s addition of HBr occurs.

Since carbocation (I) is stablized by + R-effect of the X atom while carbocation (II) is destabilized by – I effect of X, therefore, reaction occurs through  the more stable carbocation (I) forming 1, 2-dihaloethane.
3. Addition of the elements of hypohalous acids : Like alkenes, alkynes also add chlorine or bromine in presence of water. The overall reaction occurs in two stages, each stage involves the addition of the elements of the hypophalous acid to form dihalocarbonyl compound as the final product.
HC≡CH + HOCl → [Cl-CH=CH-OH] → [Cl2CH=CH(OH)2] → Cl2CH-CHO
CH3-C≡CH + HOCl → [CH3-COH=CHCl] → [CH3-C(OH)2-CCl2] → CH3-CO-CHCl2
4. Addition of H2O – Hydration of alkynes :Alkynes cannot be hydrated as easily as alkenes because of their lower reactivity towards electrophilic addition reactions. Further, dilute H2SO4 as catalyst, hydration occurs readily. Under these conditions, H2O adds to the triple bond to form an enol which readily tautomerises to the corresponding carbonyl compound.

Unsymmetrical terminal alkynes, addition occurs in accordance with Markovnikov’s rule. If the unsymmetrical alkyne is non-terminal, a mixture of two isomeric ketones is obtained in which the methyl ketone predominates.

5. Addition of caboxylic acids : When acetylene is passed into warm acetic acid in presence of mercury salts, first vinyl acetate and then ethylidene diacetate is formed.
HC≡CH + CH3COOH → H2C=CH-OCOCH3 → CH3-CH(OCOCH3)2
Vinyl acetate is used for manufacture of vinyl resin. Ethylidene diacetate, when heated rapidly to 573 – 673 K, gives  acetic anhydride and acetaldehyde.
CH3-C-(OCOCH3)2 → (CH3COO)2O
6. Addition of hydrogen cyanide : Acetylene adds on hydrogen cyanide in presence of Ba(CN)2 or CuCl in HCl as catalyst or acrylonitrile.
HC≡CH + HCN → CH2=CH-CN in presence of Ba(CN)2 or CuCl/HCl

Addition of dihydrogen to alkynes in presence of nickel at 523 – 573 gives alkanes.

It is possible to stop the reduction at the alkene stage by using specific catalysts such as Lindlar’s catalyst i.e. Pd supported over CaCO3 or BaSO4 and partially poisoned by addition of sulphur or quinoline.

Since during hydrogenation, the addition of dihydrogen occurs on the same face of the alkyne molecule.

1. Oxidation with air or oxygen, Combustion

When heated in air, alkynes undergo combustion to form CO2 and H2O accompanied by release of large amount of heat and light energy.
2CH≡CH + 5 O2 → 4 CO2 + 2 H2O       ΔH= -1300 KJ/mol
Acetylene burns with a luminous yellow sooty flame due to the presence of higher carbon content than hydrogen. However, with air or oxygen under high pressure, acetylene burns with a blue flame (oxyacetylene flame) producing high temperature of the order of 3000 K which is used for cutting and welding of metals.

Alkynes are readily oxidised by cold dilute alkaline KMnO4 solution to give α-dicarbonyl compounds i.e. 1,2-dialdehydes , 1,2-diketones, 2-oxoacids, or 1,2-dioic acids depending upon the nature of alkyne.
In case of terminal alkynes, ≡CH part is oxidised to -COOH group while in case of non terminal alkynes, ≡CR part is oxidised to R-C=O group.
CH3-C≡CH + 3[O] → CH3COOH + CO2   in presence of KMnO4 , H2O at 288-303K

HC≡CH + 2[O] → OHC-CHO +[O] → HOOC- COOH
The pink colour of the KMnO4 solution is discharged and a brown precipitation of manganese dioxide is obtained. This reaction is therefore used as test for unsaturation under the name Baeyer’s test.

Terminal alkynes when treated with KMnO4 solution, undergo cleavage of the C≡C bond leading to the formation of carboxylic acids and carbon dioxide depending upon the nature of the alkyne. ≡CH is oxidised to CO2 and H2O and ≡CR is oxidised to RCOOH.
HC≡CH + 4 [O] → HOOC-COOH +[O] → 2CO2 + H2O in presence of KMnO4,KOH, 373-383 K
CH3-C≡CH +4[O] → CH3COOH + CO2 in presence of KMnO4,KOH, 373-383 K
Non-terminal alkynes on oxidation with hot KMnO4 solution give only carboxylic acids.

Thus, by identifying the products formed during alkaline KMnO
oxidation, it is possible to determine the position of the triple bond in alkyne molecule.

Alkynes react with ozone in presence of some inert solvents such as CH2Cl2, CHCl3 or CCl4 at low temperature (196- 200 K) to form ozonides. These ozonides on decomposition with Zn dust and water or H2/Pd (reductive cleavage) give 1, 2-dicarbonyl compounds.

Alkynes also undergo polymerization reactions. But alkynes undergo two types of polymerization reactions.
(a) Linear Polymerization In this type of polymerization, two or more molecules of ethyne combine to form products which have linear structures.
(i) In presence of CuCl/NH4Cl, acetylene first gives vinylacetylene and then divinylacetylene.
2HC≡CH → HC≡CH=CH2 + HC≡CH → H2C=CH-C≡C-CH=CH2
Vinylacetylene is widely used in the manufacture of chloroprene which is the starting material for the synthetic rubber neoprene.
CH2=CH-C≡CH + HCl → CH2=CH-CCl =CH2
(ii) Polymerization of acetylene produces the linear polymer polyacetylene. It is a high molecular weight conjugated polyene containing the repeating unit. under proper conditions, this material conducts electricity. Thin films of polyacetylene can be used as electrodes in batteries. Further, since polyacetylenes have much higher conductance than metal conductors, these can be used to prepare lighter and cheaper batteries.
(b) Cyclic polymerization : In this type of polymerization, three or more molecules of an alkyne combine together to form products which have ring structures.
(i) When ethyne is passed through red hot iron tube at 873 K, it trimerises to give benzene.

In presence of nickel cyanide as catalyst and under high pressure, four molecules of ethyne combine to form a tetramer called cycloocta-1,3,5,7-tetraene.

(i) Acetylene and its derivatives are widely used in synthetic organic chemistry for synthesis of cis and trans-alkenes, methyl ketones etc.

(ii) Oxyacetylene flame is used for cutting and welding of metals.

(iii) Acetylene is used as illuminant in hawker’s lamp and in light houses.

(iv) Acetylene is used for ripening of fruits and vegetables.

(vi) Acetylene is used for manufacturing of ethyl alcohol, acetaldehyde, acetic acid, vinyl plastics, synthetic rubbers such as Buna-N and synthetic fibres such as Orlon.