You are here: Home / Class 8 / Force and pressure / Force is due to Interaction

Question 1 What is meant by saying that force is due to an interaction?

Question 2 Give an example to illustrate that force is due to an interaction?

Interaction involves two objects. In Interaction each object act in such a way as to have an effect on the other object.

Suppose a man is standing behind a stationary car, there is no interaction between man and the car, so no force act on the car and hence the car does not move. 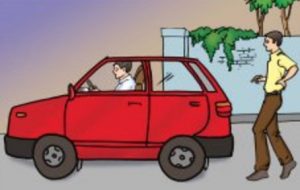 If the man pushes the car with his hands due to which the car starts moving, there is an interaction between man and a car. During this interaction  force arises which Acts on the car and makes it move in the direction of applied force. 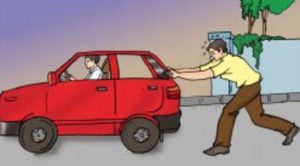 If both the objects are capable to applying force on each other, then the interaction between them can be pulling or pushing.

(a) Two boys are interacting and applying force on each other by pushing each other.

(b) The man and cow are interacting and applying force each other by pulling each other.