The fundamental unit of life:cell 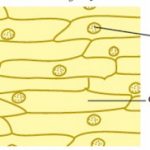 Question 1 What is a cell? Question 2 What are unicellular organism.Give example? Question 3 What are multi cellular organism.Give example? Question 4 Who discovered cell? Fundamental Units Of Life Robert Hooke in 1665 discovered cell.He examined a thin slice of cork(substance which comes from bark of a tree)and found that cork resembled structure of honeycomb … END_OF_DOCUMENT_TOKEN_TO_BE_REPLACED 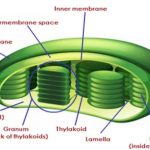 Question 1 Explain the structure of lysosomes? Question 2 What are the functions of lysosomes? Question 3 Why lysosomes are called digestive bags? Lysosomes They are simple tiny spherical sac like structures evenly distributed in the cytoplasm. Each lysosome is a small vesicle surrounded by a single membrane and contains enzymes.These enzymes are capable of … END_OF_DOCUMENT_TOKEN_TO_BE_REPLACED

Question 1 What are the main functions of Golgi apparatus? Question 2 Explain the structure of Golgi apparatus? Golgi Apparatus 1)It consist of set of membrane bounded,fluid-filled vesicles,vacuoles and flattened cisternae. 2)Cisternae are usually packed together in parallel rows. 3)They arises from membrane of smooth ER,Which in turn originates from rough … END_OF_DOCUMENT_TOKEN_TO_BE_REPLACED