Question 1 Describe how nutrients are replenished in the soil?

Question 2 How is the growing of a leguminous crop in the fields beneficial to the framer?

Question 3 How nutrients are replenished in the Soil by adding Fertilisers and manures?

Question 4 What is the function of cytoplasm?

Question 5 What is function of mitochondria?

Question 6 What are vacuoles?

Question 7 Name any two parts of plant which are present in plant cells but not in animal cells?

How Nutrients are replenished in the Soil

When fertilisers and manures are added to the soil in the fields, then the soil gets enriched with nutrients like nitrogen, phosphorus and potassium, etc. The crop plants can then grow well in this soil. Fertilisers and manures provide essential nutrients for the growth of plants so that we get healthy plants. The two most common fertilisers which are used to provide plant nutrients (or minerals) in the fields are NPK and Urea.

NPK fertiliser provides Nitrogen (N), Phosphorus (P) and Potassium (K) to the soil in the fields whereas urea provides only nitrogen.

The crop plants grown in the fields require nitrogen in maximum amount to make the proteins.

A lot of nitrogen gas is present in the air but the plants cannot use nitrogen in gaseous form.

A cell is the smallest unit of life. All the living things (plants and animals) are made from cells.The bodies of living organisms are made of tiny units called cells. Thus, cells are the building blacks of plants and animals. Cells are very, very small in size which cannot be seen with naked eyes. Cells can be seen only under a microscope.

For example: The simplest animal called Amoeba is made up of only one cell but a complex organism like rose plant or a man is made up of millions of cells.

The cells are mainly of two types : Animal cells and Plant cells. 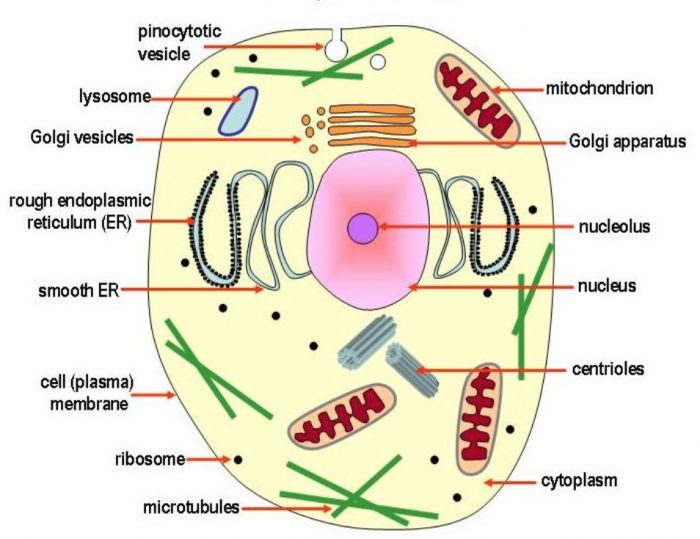 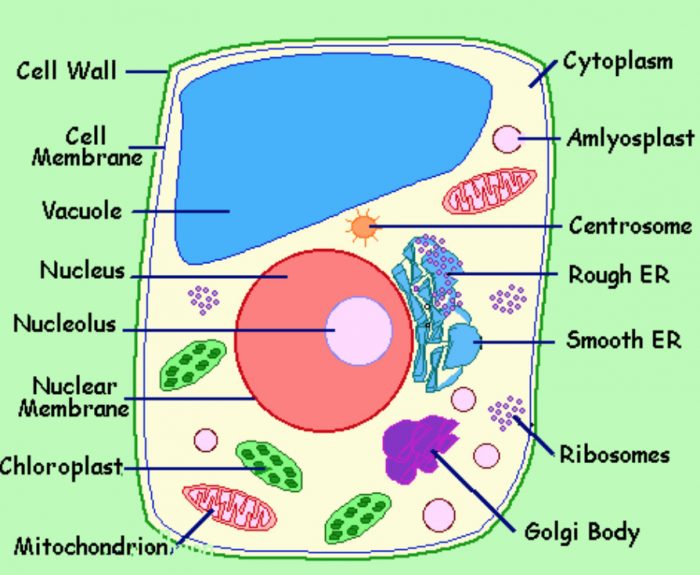 A cell consists of a jelly-like material ençlosed in a thin membrane . The jelly like material which fills the cell is called cytoplasm.

The thin outer covering of the cell is called cell membrane.

There is a large spherical structure floating in the centre of a cell which is called the nucleus.The nucleus is surrounded by jelly-like material called called cytoplasm.

A number of small bodies called mitochondria are also present in the cell. There are tiny air spaces in the cytoplasm of an animal cell which are called vacuoles.

Functions of all the Parts of a Cell

(1) The cell membrane protects the cell and also controls the passage of materials which go into the cell or go out from the cell.

(2) The function of nucleus is to control all the activities of the cell.

(3) The function of mitochondria is to carry out respiration for releasing energy from food.

(4) The function of small vacuoles is to hold air, water or particles of food.

chlorophyll and make food in green plants by the process of photosynthesis. The large vacuoles in plant cells are filled with cell sap.