Question 1 What do you mean by the term free fall?

Question 2 During a free fall will heavier objects accelerate more than lighter ones?

Question 3 What do you understand by the term acceleration due to gravity of earth?

Question 4 What is the value of acceleration due to gravity?

Question 5 Is the acceleration due to gravity of earth g a constant?

Question 6 On what factors does the value of g depends?

The falling of a body from a height towards the earth under gravitational force is called Free fall.
Such a body is called freely falling body.

The earth attracts object towards it due to gravitational force.Whenever object fall towards the earth under this force, we say that object are in free fall.While falling there is no change in direction of motion of object but due to earth attraction, there will be a change in magnitude of the velocity.Any change in velocity involves acceleration.

Whenever an object falls towards earth,an acceleration is involved.

It is denoted by g. 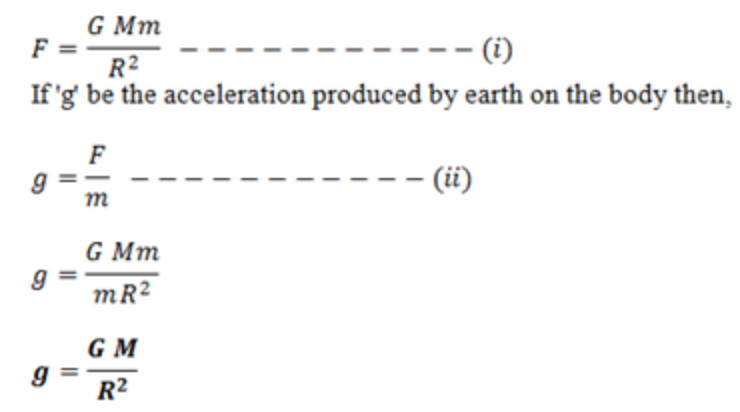 The acceleration of an object falling freely towards the earth does not depend on mass of object.During free fall,heavier as well as light objects accelerate at same rate.

For Ex:When a feather and coin are dropped from a roof, coin reaches the ground first and feather takes time.
Feather has large surface area and therefore experiences more resistance from air.Thus its speed decreases and reaches later.Coin has small surface area and therefore experiences less resistance from air.Thus its speed increases and reaches faster.If there was no air then feather and coin reaches the ground at same time.

Since the radius of earth at the poles is minimum,the value of g is maximum at poles.

Since the radius of earth at the equator is maximum,the value of g is minimum at equator.

As we go up from the surface of earth, the distance from center of earth increases and hence the value of g decreases. 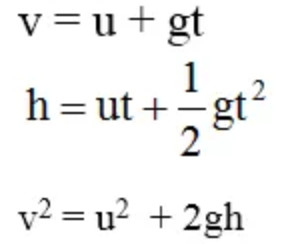