Question 1 What is venation? What are the 2 types of venation? Explain with the help of an example.

Question 2 What is the relationship between the type of roots and venation is plant?

Question 3 What is stamen and pistil. Explain their structure with the help of a diagram?

Question 4 Name the main parts of a flower? Draw and explain the functions of all parts?

Also Read NCERT Solutions for Chapter 7 Getting to know Plants

There are two main types of venation in the leaves : 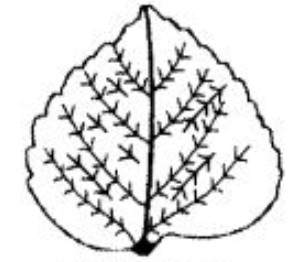 In reticulate venation, the veins in a leaf occur in an irregular way forming a net like design.

In reticulate venation the veins spread out from the midrib to all the parts of the leaf haphazardly, giving the appearance of a net.

The veins in leaf run parallel to one another on both the sides of the mid rib.

There is a relationship between the types of venation and the type of roots in plants :

(2) The plants having leaves with parallel venation have fibrous roots.

Just by looking at the leaves of a plant we can tell the type of roots this plant has.

The main function of flower is to produce fruits and seeds .

The main parts of flower are:  sepals, petals, stamen and pistil . 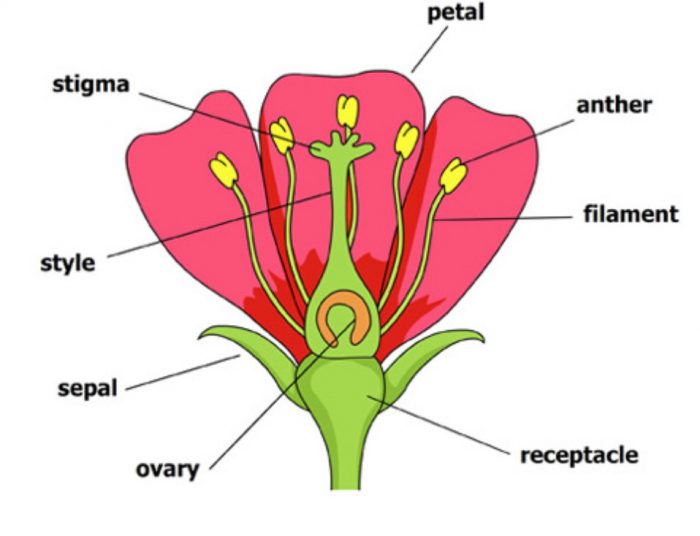 (1) The green, leaf like parts in the outermost circle of a flower are called sepals. The sepals protect the flower when it is in the form of a bud in the initial stage .sepals may either be separate from one another or joint together.

(2) Inside the sepals are the petals of a flower. Petals of flower can be of different shape, size and colour. The petals of flowers have natural cents due to which they smell very nice. Petals also attract insects. The ring of colourful petals in a flower protects the reproductive organs of the flower. 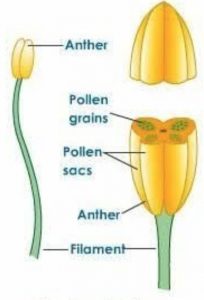 The anther contains a yellow powder like substance called Pollen. If we cut the anther of a flower horizontally, we can see the pollen grains in it.

The pollen grains contain male sex cells of a plant. There are many stamens in a flower. They form a ring around the female part of the flower called pistil.

A pistil is made up of three organs: stigma, style and ovary. 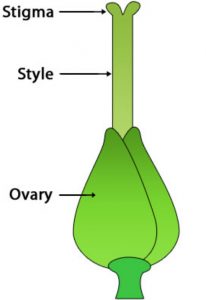 The top part of a pistol is called stigma. Stigma is very sticky so that pollens can stick to it. The middle part of a pistil is called style. It is a tube which connects stigma to ovary. The swollen part at the bottom of the pistil is called ovary. The ovary contains tiny egg like structure called of ovules. Ovary may contain one or several ovules. These ovules contain female sex cells of the plant. The female organ pistil is surrounded by a number of male organs called stamens. The female part of a flower called a pistil is also known as carpel. In most plants the stamen and pistil are present in the same flower whereas in some plants stamen and pistil are present in separate flowers.

A fruit is that part of plant which contains the seeds.

For example :apple, orange, plums, lemon, tomatoes are all fruits. They all have seed inside them.

The fruits and seeds are formed from flowers by process of pollination and fertilisation.

The transfer of pollen grains from anther of a stamen to stigma of pistil is called pollination. Pollination is done by insects, wind and water.

When the pollen grains fall on stigma they move down through the tube called style and reaches the ovary. In the ovary, the male sex cell present in pollen join with the female sex cells present in ovules.

The joining together of male and female sex cells is called fertilisation.

After fertilisation the ovules grow and becomes seeds. The ovary of flowers grows and becomes a fruit.