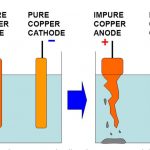 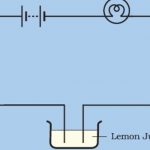 Question 1 How will you show that vinegar and lemon juice are weak conductors of electricity? Question 2 How will you show that ordinary water or tap water is a weak conductor of electricity? When an ​electric current is passed through vinegar taken in a beaker ,then the bulb glows very dimly. The very dim glowing of bulb indicates that though vinegar and lemon … END_OF_DOCUMENT_TOKEN_TO_BE_REPLACED 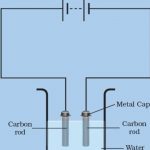 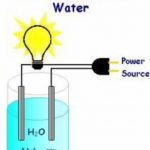 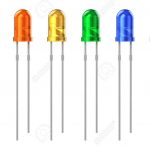 Question 1 Write the full form of LED? Question 2 Name a device which glows even when a weak electric current passes through it? Question 3 What is it advantage of using LED in testing the electrical conductivity of liquids? Question 4 Which effect of electric current is utilised for detecting the flow of current through a solution: (a) When a torch bulb is … END_OF_DOCUMENT_TOKEN_TO_BE_REPLACED 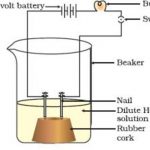