Stability of carbanions due to s character 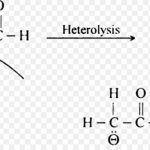 Carbanions Chemical species bearing a negative charge on carbon and possessing eight electrons in its valence shell are called carbanions. These are produced by heterolytic cleavage of covalent bonds in which the shared pair of electrons remains with the carbon atom. Classification of Carbanion Carbanions are also classified as primary (1°), secondary (2°) and … END_OF_DOCUMENT_TOKEN_TO_BE_REPLACED