1. Use the bar graph (Fig 3.3) to answer the following questions.
(a) Which is the most popular pet? (b) How many students have dog as a pet? 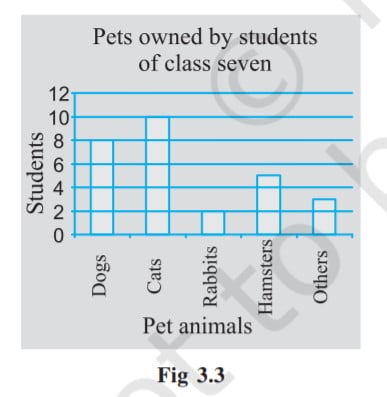 (a) From the given graph,
It is clear that the bar representing cat is the highest i.e. 10. Therefore, cat is the most popular pet.

(b) From the given graph, it is clear that 8 students have dog as a pet.

2. Read the bar graph (Fig 3.4) which shows the number of books sold by a bookstore during five consecutive years and answer the following questions: 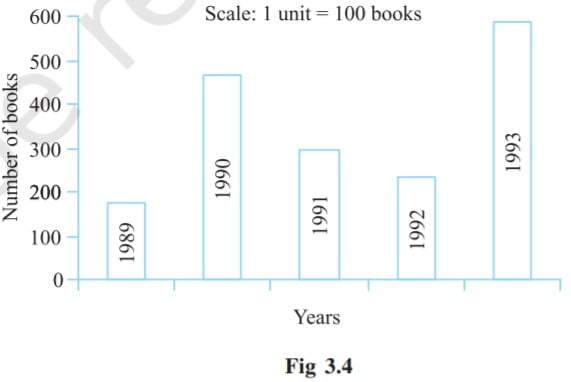 From the given graph, we have

3. Number of children in six different classes are given below. Represent the data on a bar graph.

(a) How would you choose a scale?
(b) Answer the following questions:
(i) Which class has the maximum number of children? And the minimum?
(ii) Find the ratio of students of class sixth to the students of class eight. 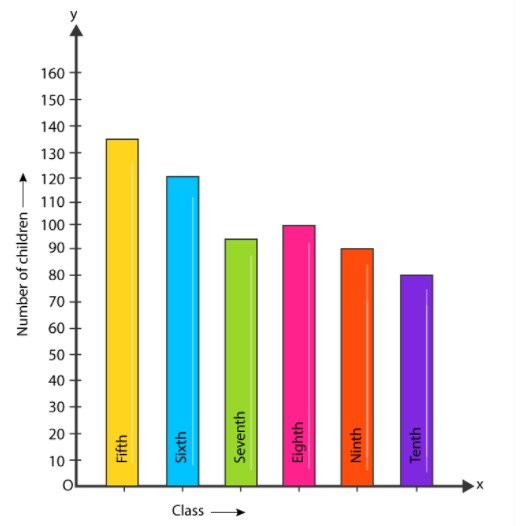 = 120/100 = 6/5
4. The performance of a student in 1stTerm and 2nd Term is given. Draw a double bar graph choosing appropriate scale and answer the following:

The double bar graph is shown below 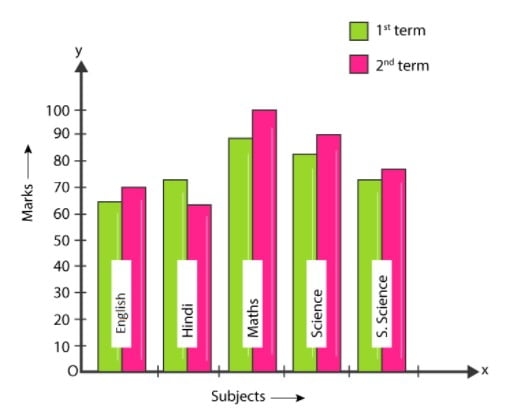 (ii) From part (i), it is clear that the child has improved his performance the least in S. Science, i.e. 2 marks

5. Consider this data collected from a survey of a colony

(i) Draw a double bar graph choosing an appropriate scale. What do you infer from the bar graph?
(ii) Which sport is most popular?
(iii) Which is more preferred, watching or participating in sports?

(i) Required ‘double bar graph is shown below 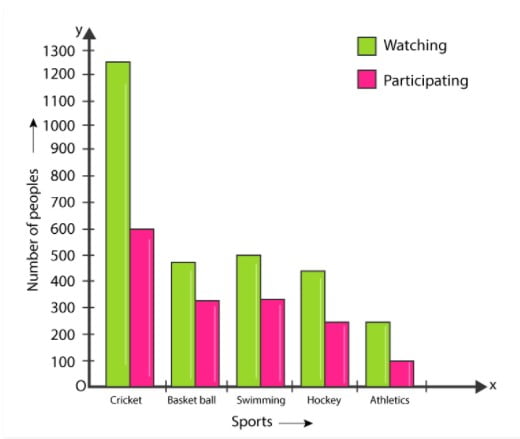 It is inferred that more people prefer cricket and less athletics.

(ii) Cricket is most popular sport.

(ii) Watching is more preferred than participating in sports.

6. Take the data giving the minimum and the maximum temperature of various cities given in the beginning of this Chapter (Table 3.1). Plot a double bar graph using the data and answer the following: 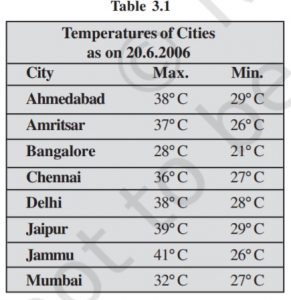 Plotting a double bar graph is shown below as below 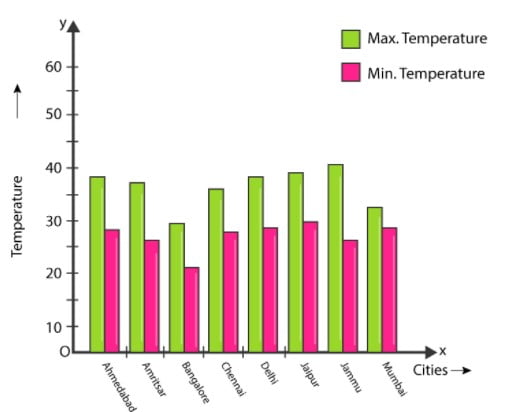