rutherford model of an atom 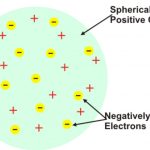 ​Thomson's model of atom J.J. Thomson in 1904, proposed that an atom was a sphere of positive electricity in which were embedded number of electrons. The stability of the atom was explained as a result of the balance between the repulsive forces between the electrons and their attraction towards the centre of the positive Sphere.This model is compared with a watermelon … END_OF_DOCUMENT_TOKEN_TO_BE_REPLACED 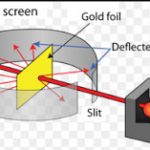