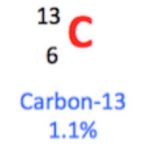 Group 14 include Carbon (C) , Silicon (Si), Germanium(Ge) ,tin(Sn) ,lead(Pb) and ununquadium (uuq) which is radioactive. Occurrence Carbon is the 17th most abundant element by weight in the earth crust. It occurs in the native state in form of coal ,graphite and diamond. In combined state it occurs widely as metal carbonates, hydrocarbons ,carbohydrates and carbon … END_OF_DOCUMENT_TOKEN_TO_BE_REPLACED