1. Choose the correct answer.
Sound can travel through
(a) gases only (b) solids only
(c) liquids only (d) solids, liquids and gases.

2. Voice of which of the following is likely to have minimum frequency?
(a) Baby girl (b) Baby boy
(c) A man (d) A woman

3. In the following statements, tick ‘T’ against those which are true, and ‘F’ against those which are false.
(a) Sound cannot travel in vacuum. (T/F)
(b) The number of oscillations per second of a vibrating object is called
its time period. (T/F)
(c) If the amplitude of vibration is large, sound is feeble. (T/F)
(d) For human ears, the audible range is 20 Hz to 20,000 Hz. (T/F)
(e) The lower the frequency of vibration, the higher is the pitch. (T/F)
(f) Unwanted or unpleasant sound is termed as music. (T/F)
(g) Noise pollution may cause partial hearing impairment. (T/F)

Answer:
(a) Sound cannot travel in vacuum. (T)
(b) The number of oscillations per second of a vibrating object is called
its time period. (F)
(c) If the amplitude of vibration is large, sound is feeble. (F)
(d) For human ears, the audible range is 20 Hz to 20,000 Hz. (T)
(e) The lower the frequency of vibration, the higher is the pitch. (F)
(f) Unwanted or unpleasant sound is termed as music. (F)
(g) Noise pollution may cause partial hearing impairment. (T)

5. A pendulum oscillates 40 times in 4 seconds. Find its time period and frequency.

6. The sound from a mosquito is produced when it vibrates its wings at an average rate of 500 vibrations per second. What is the time period of the vibration?

7. Identify the part which vibrates to produce sound in the following instruments.
(a) Dholak (b) Sitar (c) Flute

8. What is the difference between noise and music? Can music become noise sometimes?

Answer:​
The unpleasant sounds around us are called noise.Noise is produced by the irregular vibrations of the sound producing source.For Ex: Running of mixer and grinder in the kitchen ,blowing of horns of motor vehicles ,bursting of crackers , barking of dogs , shattering of glass ,landing and flying of aeroplane ,sounds coming from construction site,  all students start talking together loudly in a classroom.

If however a musical sound becomes too loud it becomes noise.

Answer:
1)The motor vehicles running on the road produce noise pollution by blowing horn and sound of their engines.

2)The bursting of crackers on various social and religious occasions produce noise pollution.

3)The various machine in factories make loud sounds and cause noise pollution.

4)The take off ,landing and flying of aeroplane produce noise pollution.

5)The playing of loudspeakers and bands at marriages and other social functions.

6)The construction of building produce a lot of noise pollution in the surrounding.

9)Use of desert cooler and air conditioners cause noise pollution.

10. Explain in what way noise pollution is harmful to human.

2)Loud noise can cause a person to lose concentration in his work or studies.

3) loud noise can cause an ailment called Hypertension.

4) loud noise can cause irritation and headache.

5) loud noise during night time disturbs our sleep. Continued lack of sleep is bad for health.

11. Your parents are going to buy a house. They have been offered one on the roadside and another three lanes away from the roadside. Which house would you suggest your parents should buy? Explain your answer.

Answer:
The intensity of noise decreases as the distance between listener and source increases.I would suggest a house which is three lanes away from the roadside because it will away from noise pollution.

Noise pollution has many effects such as it cause irritation, headache, disturbs sleep, hypertension, lose of concentration, harms to ears etc.

12. Sketch larynx and explain its function in your own words. 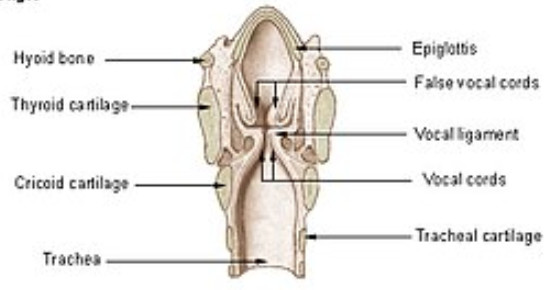 The human beings produce sound by using the voice box which is called larynx.The human voice box contains two ligaments known as vocal cords .They are attached to muscles which change the tension or stretching in the cords and the distance between the cords.